People come to yoga for so many different reasons: to feel just melty after a few minutes in savasana, to improve quality of sleep. To get stronger and more flexible so that they perform better in their favorite sport. To find 5 or 50 minutes of stillness. To see what funny jokes or inventive poses, sequences or insightful poems the teacher may bring. To test the body, or the mind. To get some exercise that day, that week, or over that lifetime. To try something new for fun, or to do something that may aid in recovery from an injury. To wrap the tongue around a strange, new Sanskrit word or to wrap the mind around a strange, new way to witness a pose, a moment or life using the body. To burn enough calories so that they can enjoy that chocolate croissant. To enjoy some time with a close friend or relative. To look inside the self to find answers to bigger questions. To be a beginner. To do something familiar and reassuring, and yet learn something from it. To sing, to dance.

I come to yoga for all of these things, though not all of them on any given day, year or decade. The first four I listed are consistently valid for me, these days!

I want people to come to my classes because they offer space to be themselves, in a room where they find warmth and companionship. There, they can find challenge, but also compassion and humility. It’s so important to become -and continue to be- aware of who and where you are, and I hope my teaching facilitates this.

I bring to my classes seven years of teaching experience and 25+ years of yoga practice, plus some great music and sometimes a poem.

I also bring a near-lifetime of activity in the outdoors: I run, hike, climb rocks, ski and snowboard down hills, and ride my road bike. I played rugby for 11 years and briefly studied a martial art. On the other hand, I’m a bit of a culture/art nerd: I love theater, music, film, travel and great food. And, I work as a web designer, for the majority of my work-week hours. All of these experiences inform my approach in the studio, with regard to self-care, inspiration, enthusiasm and curiosity.

Most of my experience has been in the Iyengar tradition and then, starting in 2007, also in Vinyasa Flow. My initial certification was in Vinyasa Flow, and I’ve taken subsequent alignment, philosophy and meditation workshops. Occasionally I attend a Kundalini “Gong Bath” class, as I find the musical/sound component and spinal warm-ups to be very effective tension relievers.

I teach 60-75 minute Vinyasa or Flow style classes, though I am also comfortable teaching restorative or beginning yoga. My cues are in plain language – not a lot of Sanskrit- and are very alignment-focused. In the Vinyasa classes, I play music from a variety of genres (see below). There are always at least 5 minutes of relaxation at the end of all my classes. Props are your friend, and are available at my studio classes.

I’ve launched my newsletter! I will use it to inform subscribers on class updates and to share yoga-related stories and news. You can check out a sample and subscribe to my newsletter here. 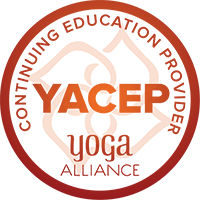 I’ll write about yoga every few posts or so on my weblog, Helen’s Loom, which you can explore via some of the navigation tools on the edges of this page or by visiting these  “yoga” pages. Some topics I have covered include:

Thank you! I hope to see you in class.

One thought on “Yoga Classes”

This site uses Akismet to reduce spam. Learn how your comment data is processed.

Isle of Wight, Brittany and a few spots in Germany