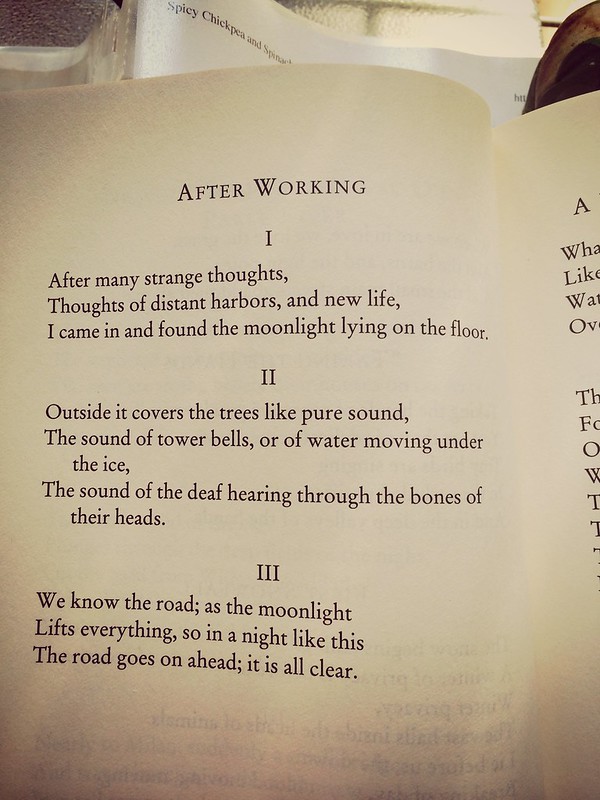 A terrific poem by Robert Bly: thank you.

After a long drought of poetry, our local library has helped me find some new poems to enjoy before bed, and to share with some of my yoga classes. One such poem is posted above. It’s from his “Eating the Honey of Words: New and Selected Poems.”

I have a month to go before my first marathon. I feel like training for it has taken over my life, which is making me just uneasy enough to think that it may, in fact, change my life by the time the sun sets on October 5, as promised. I am curious to see the how part of this equation. I can share these surprising recent discoveries: