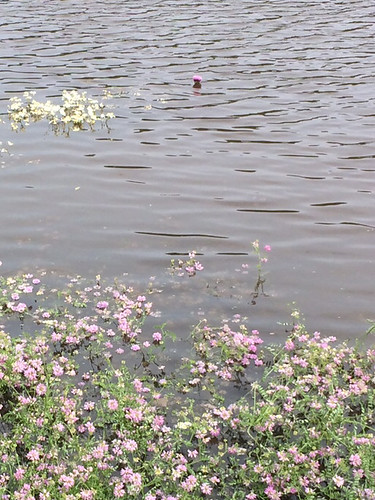 While I was reading, the Mississippi River flooded.

A few months ago, I promised here that I’d do special write-ups for the larger segments of our big trip in Southeast Asia. The Cambodia component was one that made a big impact on me, but I’ve been waiting for my experiences and thoughts on them to distill into something actionable. I am not sure I’ve got a fine whiskey, gin or blog post just yet, but what I can say is that since our trip to Siem Reap, I’ve felt more compelled to read.

Specifically, to read more about ideas, cultures and political situations of which I feel … ignorant. Or, at least, not sufficiently informed.

Sometimes, if feels like this includes pretty much everything on this earth except maybe the projects I work on directly at work, my marathon training, and perhaps the current status of my household (including my marriage) and yard.

So, the pile on my bedside table looms large and may topple and crush me soon.  I’ve read some interesting books, lately, in addition to making a better effort to read the world news and opinion sections of our Sunday New York Times:

Katharine Graham’s autobiography, Personal History. I’m about 2/3 the way through this one. The company I work for has done business with the company her family built up (The Washington Post, then Post-Newsweek) and that she headed up for many exciting years. It’s fascinating to learn about her upbringing and about the foundations and history of the Washington Post. Surprisingly, it makes me feel glad, if not proud, that I’ve spent so much of my education and career in roles in or associated with journalism.

Robert McNamara’s In Retrospect: The Tragedy and Lessons of Vietnam. This one I picked up at the suggestion of one of my favorite history teachers. It was timely, as when I returned from Cambodia I was eager to learn more or at least refresh my memory on the Vietnam War, which did involve and impact neighboring Cambodia. McNamara’s candor about the sequence of events, and his honesty about the decisions made are very helpful to me, for trying to wrap my mind around what happened and why things are the way they are today, in that region. I would really like to visit Vietnam.

Scott Jurek’s Eat and Run: My Unlikely Journey to Ultramarathon Greatness. I am still not the slightest bit inclined to join the ranks of ultra runners in their quests to run insanely far distances, even though this year I’m training to do my first marathon. Jurek’s story about his motivation and training make for a good read, and I may try some of his vegan recipes. To a degree, I get where he’s coming from and this inspires me to keep running.

Booty from The Source Comic and Game Store

Comic books! A few years ago (2009-10) I was a very enthusiastic reader of the Power Girl series. The artwork done by Amanda Conner was delicious and inspired, and the character and storyline – Karen Starr/Kara Zor-L was a tech executive for her day job – were accessible, admirable yet fun enough that I even dressed up as her for a Halloween party, one year. DC eliminated this series and in the four years since, I have struggled to find a new book and character that get me to the comics store as regularly as Power Girl did. Kara has appeared in a few other books over the last few years, but they haven’t stuck with me.

Neither have flirtations with Birds of Prey, Batwoman, Supergirl, Batgirl, Suicide Squad, Harley Quinn, Captain Marvel and Painkiller Jane, to name a few. Sometimes I would follow talented artists to find a new book, sometimes I would read comic reviews by women who like comics and then go check out a few titles, but nothing stuck. I did get into a great series called Ex Machina, but it’s been complete for a few years now. While I have some catching up to do with past issues, it’s not as fun to do this as it is to anticipate a new story each month or so.

And yet lately, I think I’ve finally found a few! I’m really digging a Marvel book called Ms. Marvel. It’s main character, Kamala Khan, is a 16 year-old Muslim Pakistani-American from Jersey City who is suddenly endowed with superpowers. She’s excellent. The book is excellent. And I can’t wait for the next issue.

I’m also really enjoying Rocket Girl, now on its fifth issue. This time-traveling teenage cop with a rocket pack and a billion freckles is terrific.

Powers: Bureau is one that’s been around long enough that I wish I’d found it earlier. Its blend of hard-boiled detective fiction, superheroes and sarcastic humor worthy of one of my favorite 1990’s Saturday-morning shows, The Tick, is perfection.

That’s what I’ve been reading, lately.

It’s been an interesting year, so far: a year in which one big goal has been achieved (that big trip, mentioned above), and one that’s also included some experimentation with smaller, more easily-attained goals. For several months I managed to get some meditation into every day, moving forward from three minutes a day, up to 15. When I got to 15, I found the challenge to be not so much the sitting still part, as the finding a reason to meditate. And so, I stopped. I figure, I already sleep well and have a variety of other ways to settle my mind and make decisions. Should the need or desire arise, I’ll pick up this ritual again.

Last month, in a sort of random impulse to literally battle the bulge around my belly, I took on the social-media meme, “the 30-day ab challenge”, and made it nearly to the end; this head cold that I’m battling beat it to the 30th. Ah well, the marathon training is taking up plenty of my time, already.

On a school reader-board in our neighborhood, there’s a message (shown at top of this post) encouraging people to do 30 minutes of reading activities, every day. That’s a darn good suggestion, and I’ve taken it to heart. It may help me with that stack of books, and me endeavors to learn more about the world around me.