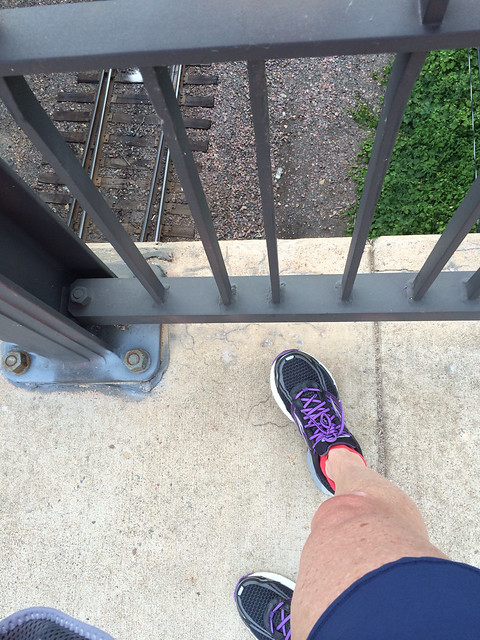 Admiring the view. I was listening to “Purple Rain”

My marathon training is driving me completely bonkers.

I am not even close to quitting this, and until this point I have avoided dwelling on the whole thing, feeling that putting my hazy thoughts into silent or uttered words would be feeding the beast that does not need an extra meal.

At this point, however, I’m hoping that a brief venting session would be a cathartic and healing experience. I need to move forward; I keep finding myself overreacting, albeit quietly, to things that are small and irrelevant.

Here are the things that are driving me nuts about the last five months and the two that remain in front of me, before I run the Medtronic Twin Cities Marathon, which will be my first, and perhaps my only, but maybe not, marathon. Note that the list is filled with counterpoints to every argument, and this is why it’s all so frustrating.

The list will likely continue to grow if I continue to sit here, typing. This is probably enough, for this exercise.  I am really pleased that I’ve recently found a friend in the run club who runs a pace similar to mine. It makes so much difference on those Saturday mornings, and for the whole week. She’s great, and it helps me just let all these list items … go.

Thank you for reading!