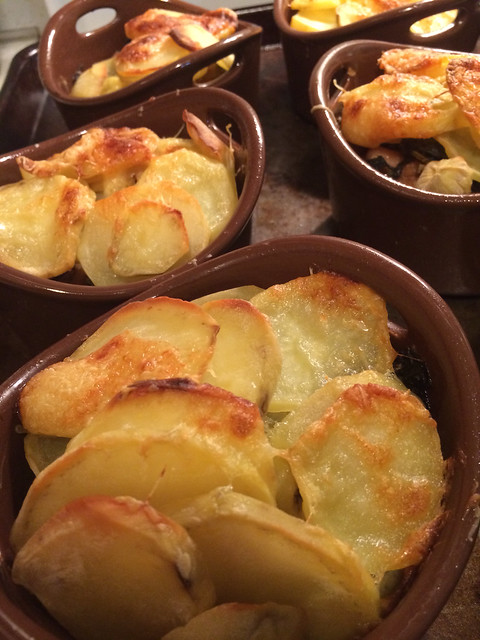 Voilà (at left) the magic that is Gardener’s Pie. There are some months when I reject an entire issue’s worth of Cooking Light recipes. In other issues, there are gems. From November’s issue came the one I cooked on Sunday afternoon after a long, slushy, muddy, exhausting (and so, very fun) trail run. What a reward! Here’s the recipe; note that it’s meatless, though not vegan. That bit of Gruyère and cream make this dish very satisfying!

March has gone; April has begun. We still have pot-pie weather, here in Minnesota: shocker.

For my yoga students: I continue to search for a place to resume classes. During this break I’m taking an additional training course which will likely benefit the classes I teach, when I do secure a new slot and location. Stay tuned, and thank you for bearing with me!

This break from much of my teaching has been refreshing! While it has opened up just 5-8 hours per week in my schedule, that small shift in my week has opened up possibilities in several areas. Perhaps Monday evenings and Saturday mornings are powerful things, when set free?

As you may have read in my prior post, I’ve taken on a marathon as a race goal this year. It’s a new distance for me, and as I plan to join up with a running club for it, that will be a new training method for me, as well. I’m nervous about the group running aspect and at the idea of anyone examining my form or training, but I’m excited, too. I’m praying that my plantar fasciitis doesn’t return, but also taking preventive measures, including a new pre-run dynamic stretching routine.

In my exploration of local yoga studios, I’ve gone to a few classes that are new or that I hadn’t attended in a long time. I’ve revisited the Iyengar tradition (here’s a brief guide to the styles), and been reminded of how helpful props can be for enhancing a stretch. Also revelatory: there are a variety of ways to help a yoga class take you out of the rest of your day or week. Part of what convinced me to take a teacher-training course was the way that a very physical, musically-enhanced vinyasa class can be immersive – or escapist – in a sort of cinematic theme-park attraction kind of way. A good Iyengar class can have a similar effect, though it’s usually quieter, with a different sense of flow, and more often than with vinyasa classes, I leave with something to think about. One other refreshing discovery: sun salutations near the end of a class can have a very meditative and settling effect.

It’s been enlightening to talk about my practice and teaching with people, and to consider where I presently want to go with that teaching. Three years ago I had my heart set on teaching in venues other than yoga studios, in order to reach people who may not be inclined to walk up to a yoga studio. I even maintained a “group fitness” certification in case my schedule opened up enough to consider teaching at a health club. These days, I still like that idea, but the props and community of other yoga teachers has begun to make a stronger appeal to me. I may yet look into a broader-scope venue, but perhaps it will be through a community ed program.

I’ve taken up daily meditation. It’s possible that I started some time in February, but for several weeks now, I’ve added something new to my preparing-for-sleep ritual: five or ten minutes of sitting. I don’t know why now: maybe some discoveries in our January travels prompted me to commence in earnest. Perhaps the encouragement at a meditation class a full year ago finally took hold. Or, most likely: I discovered that doing this is a more efficient way to wind down for sleep than playing Words With Friends on my phone or enjoying a spoonful or two of ice cream. At any rate: it’s been happening, consistently. 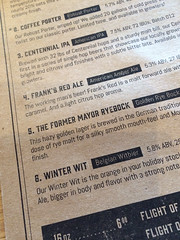 The most interesting part of the meditation so far is that I’ve been doing it every evening. Also: it’s been a great way to warm up my often-cold hands. I set my phone timer, sit comfortably, usually right in bed, with my hips propped up on a pillow, then take up the surprisingly short amount of time by observing my breath, taking in the sensations of the room, and, depending on how active my mind is (or how recently I watched an episode of Scandal or The Americans), quietly greeting, then turning away, the ideas that keep wandering in. Well before the timer’s chime goes off, I find that my hands are radiating heat.

This reminds me of a discovery I made while I was on the alpine ski team, at Carleton College. I did find a way to get my hands warm, while taking so many chair lift rides up short but impossibly frigid slopes. I’d focus my attention on the idea of warmth, and on my hands. I’d do my best to drop the idea that my fingers were so, so cold. It began to work. At the time, I figured it was just distraction that allowed the hands to warm up. My yoga studies and perhaps my advanced wisdom with age lead me to think that maybe there’s something to the idea that the mind can actually focus energy and move it around. At any rate, it’s a pretty nifty feeling, to make heat with my brain.

And so it seems to be, with my recent evening meditations. It’s nice to fall asleep with warm hands.

Here’s to the serendipity of my Monday and Saturday morning yoga classes recently ending. The adventure continues!