I just realized that it’s been 10 months since I set out to review some yoga mats. This is overdue! Here we go. Based on reviews I’d read online, I selected and purchased a Manduka PRO black mat, a Prana Revolution Mat (the olive-colored one, above), and a Manduka Eko Superlite Travel mat. I compared them with the mat I’ve been using for many years, a sunset-hued Hugger Mugger Tapas mat (pictured above, sheathed in a grey mat bag).

Right now, my favorite mat for a vinyasa class or home practice, of the ones I’ve tried, is the Manduka PRO. 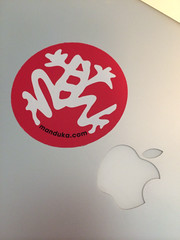 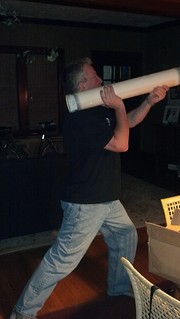 Running a close second for me is the Prana Revolution Mat.

Those are the two I’d recommend if you would like a little more padding than the standard 10-30 dollar mat provides, and have the dough to invest in these practice partners-for-life. They are both pretty heavy, which might be problematic if you think you will need to carry it across town on your back (rather than just from your car’s trunk to the studio across the street).

One thing to keep in mind with the heavier mats is shipping costs, if you mail/internet order them. These could add up, if you don’t have a way (be it Amazon Prime or some other shipping discount option) to get free shipping. If for some reason you find yourself in the position of ordering at least $125 worth of stuff on the Manduka site, shipping is free, as advertised on the site, at least today.

… or lightweight and portable

If you go to an Iyengar class very often (like I do), a less heavy mat is helpful. In these classes, we tend move around the room a lot: once or twice to the wall, a few times turning our mats from vertical to horizontal orientation to the front of the room, later folding it into a blanket taco while preparing for salamba sarvangansana (supported shoulder stand), or rolling it up as padding and insulation from the seat of a folding chair. These small trips around the room or origami projects are a lot easier to manage with a lighter, more flexible mat. Extra padding can usually be found with folded-up blankets that are often available at Iyengar studios. 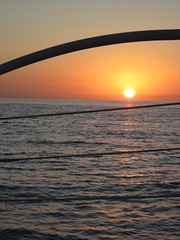 So, the mat I bring to such classes is a Hugger Mugger Tapas mat.

And then there is super-portable

As a nearly last-minute decision to bring a mat with me (on a trip that we planned to only take carry-on luggage), I bought a really light, foldable version of the Manduka mat, the Eko Superlite on my travels in Asia, and I really liked it. Here’s a video I shot on the trip, that features a cameo of the mat right at the start:

In conclusion: shop for your needs.

So, this concludes my view of some top-rated and/or familiar yoga mats. As I mentioned above, I prefer the Manduka PRO for my Vinyasa/flow yoga class and home practice, but keep a lightweight, standard $30 PVC mat in the car to take to Iyengar classes and the random yoga workshop.

This doesn’t mean the above mats would be the best solution for you, especially if you’re very new to yoga and not even sure that you’ll be spending all that much time on your mat, in the future. I’ve outlined several other personal factors to consider in my prior post about mats.

If you’ve got your heart set on one of the more expensive types, perhaps you can find one on Craig’s List? I saw one there in the Twin Cities CL site today for a very nice price. Good luck!