What I have is a flower that bloomed from a seed packet we’ve had for years that I finally planted in haste in June because our vegetable garden is having a rough year and I’d really like to see something other than non-flowering weeds happen in fresh dirt in our yard.

Beautiful things from tiny seeds found in a drawer and a bare patch in the yard.

There is a parable here.

For my UX work at this place lately I’ve been reading up weekly on e-commerce payment technology and customer loyalty program trends. One hot item these days is subscription box programs – the news last week was that Sephora is planning on booting one up.

It looks to me like this move was made simply to jump on a bandwagon: this omnichannel retailer already does something similar: whenever I order something, I have the opportunity to select and receive a handful of samples in that shipment, and also to bank points to apply toward slightly larger samples in the future. What it amounts to is a pile of stuff I’m going to donate to the nearest women’s shelter, if possible. Here and there is a sunscreen or perfume sample that I’ll keep – the packets are handy for the gym bag and travel. 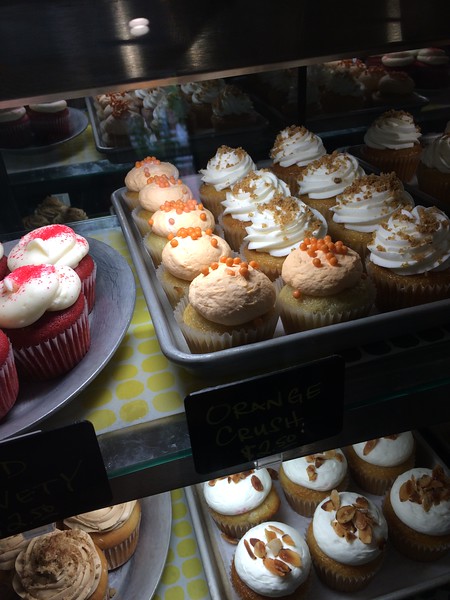 I may not have have been as inclined to cancel a subscription box of these, seen at Buttered Tin.

However, apparently a lot of people really get excited about their subscription box services; I tried Naturebox for awhile and I enjoyed some of the treats they sent; but then the baker and whole-foods nut in me took control and I cancelled it. I know a few people who enjoy their Birchbox or Ipsy Glambag deliveries.

Sometime in the last week or so I also read about a yoga-related subscription box, BuddhiBoxes (BB). It’s apparently not the first of its kind but it’s the first I’d read about, so I was curious and did some research; here’s one helpful review. It looks to me like this and others like it pack in a variety of the types of items that I see advertised frequently in Yoga Journal magazine – both its ads and content – as well as in certain aisles of food co-ops in my neighborhood: Candles, aromatherapy, yoga mat spray, cosmetics that may not give you cancer, mala beads, various accessories and clothing items that are either useful while practicing yoga or are a way to share with the world that you love your yoga. Plus an inventive assembly of poetry, recipes, a yoga pose information cards – the latter with some adorable illustrations. One notable appeal of BB is that each month BB picks a charity and donate proceeds from the sale of the boxes to that charity.

In all, it sounds like stuff I do and will use, so I’m sure I’d get appropriately excited when the package would arrive. Who doesn’t like presents? Even when you pay for them yourself, in advance? At least this way, you’d have had some say in the genre of contents. 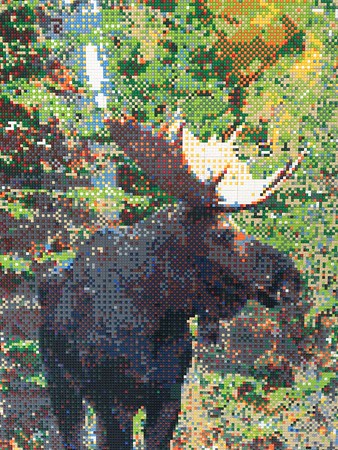 There was one nugget in the review above that has had me thinking for a few days, though: “…I’ve received very little that is directly involved in the yoga practice….” It strikes me that while it may depend on your flavor of yoga and what you seek in your practice, is there really anything that could arrive in a box that would be directly involved in a yoga practice?

Conflicted: I first thought she’s right: no, Yoga mat, clothes, studio and teacher wouldn’t fit, literally, and if you’re talking about home practice, time management can’t be boxed. If you open the field up to include things beyond  mat practice, perhaps some mala beads or a nice perfume could be nice reminders to be mindful, but really… no.

But then, YES: that inspirational quote from Thich Nhat Hanh is almost exactly the type of thing I find myself looking for now and then, so it would be fab to get one in the mail every month or so – if not more often.

But then, NO: the idea behind authentic inspiration is that you stumbled upon it… literally, on the street, or maybe in your reading, in a movie or in a conversation … any of which already happen in your everyday life. While a box of curated good may count as serendipitous, the whole setup is perhaps a little too engineerered.

And again, YES: the guru is everywhere. Just don’t let yourself settle into the idea that inspiration or enlightenment will all come from one source – be it box, one yoga teacher, a Lululemon shopping bag, or a book of Rumi poems. 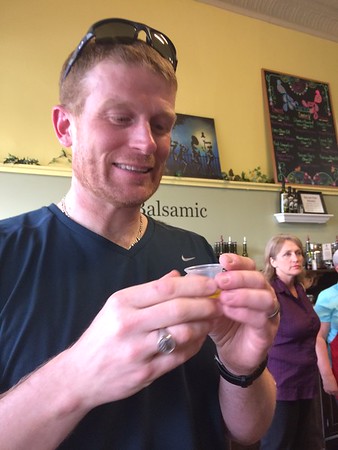 I am almost content with the amount of time I’ve gotten to see my brother this year. Here he is, determining if he liked a sip of what appears to be sour olive oil.

And then no: investing in some good instruction is worth the expense, but aside from that, finding something new that is branded with “yoga” to spend money on seems to be mostly a distraction from an alternative that’s free and less bulky. Be content with what you have, and let your practice itself be what drives you to practice.

So: contentment and burning enthusiasm! Here are two of the mindful-living guidelines from the second of Patanjali’s 8 Limbs of Yoga. I love exploring these ideas but, like my mostly fruitless searches for inspiration in poetry books, enlightenment on these is most succinct when I stumble into them – by reading a press release about Sephora’s “Play!” box, for example.

On contentment, or the Santosha niyama: the idea is to be content with what you have, materially and immaterially. Objects, love, skills, status. Does a pre-arranged box arriving in the mail indicate that there is a void? Or that there is none?

it’s not easy, but it is simple. Let it work.

Some helpful reading is here: on tapas, and on santosha. But don’t take my – or the writers, there – word for it.

Oh, and back to the mirabilis story, at top. Maybe this: it required some contentment on my part to accept the current state of the yard, and work with what we had on hand. And it took some work and intention to care for those seeds and then seedlings. And they grew!