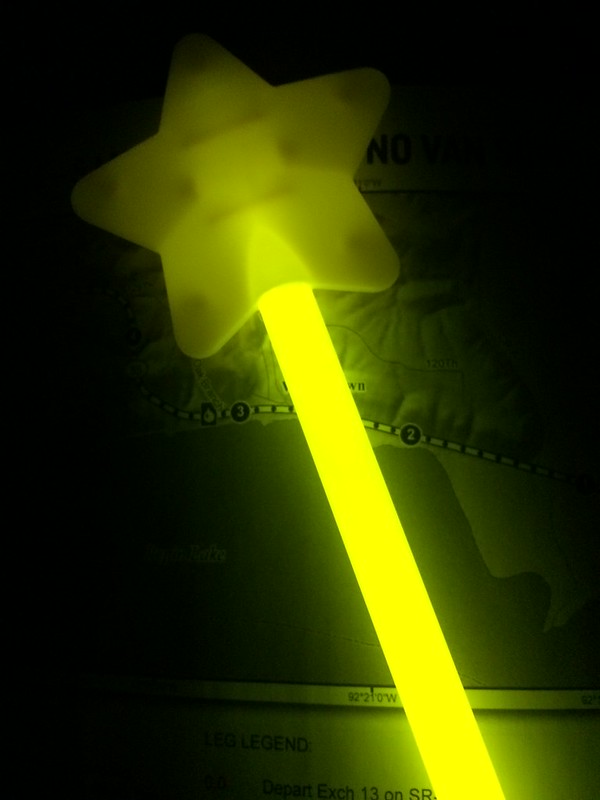 Notables from this year’s Ragnar Relay Great River, which ended for our Loo Lovers team around 3pm last Saturday: I ran all the way up that 2-mile hill. I kept a steady, pretty strong pace on my last (exhausted, humid) leg. And, I only showered once.

The former two seem to be signs that I have trained well. Maybe for Ragnar, but most hopefully, for my October marathon. I’m not sure what the latter means. Maybe that I’m getting older and it just doesn’t matter? Except it does, especially when it feels so darn good to shower off.

I have now done 7 relays in 6 years. All the priors are chronicled here:

I continue to love this kind of running event, mostly because it’s much more thoroughly engaging – and social – than the standard road or even trail race: the event itself takes longer, you need to bring along a few friends (or strangers), you’ll need to do more planning. You see new, or at least different from your regular, scenery, once a year. You may hallucinate, and if you don’t, you’ll feel weird in at least 3 ways anyway, until the following Tuesday. 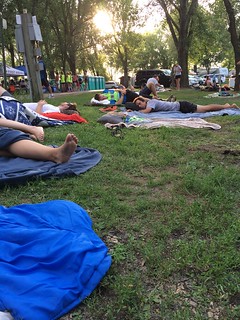 All that you need

Also: Time becomes a different substance than usual; still linear but more fluid and on several planes. You see a van with a beaver painted on it, ahead of you, at 2pm, and suddenly it’s behind you at 5pm. Then it’s in a parking lot when you arrive, with snoozing occupants, at 2am. You see the same green running bra and pumping short, muscular legs, passing everything in sight, then you see it slide into a van’s open door. Which has already happened, at least once. Red licorice, Gu, dry cereal or fresh fruit each sound like a great idea, until they don’t. You grow tired of drinking water and its various salted forms. The only thing you’re sure of is that you need a porta-potty, and soon. Oh, you’re also sure that your post-race hash browns need more salt.

The above things are constants with the relay, as is the terrific fun I’ve had with 2 great, slightly fluctuating, and in wondrous ways, teams. Some things that seem different to me, this year, aside from too many runners wearing earbuds:

So, that’s my 2014 Ragnar Relay experience, in sum. Except for the pictures. Here we go:

Roadside congestion: why the locals hate these

The sleep in Stillwater

She put a bird on it

The finish: all you want to do is sit