Power. Muscle-bound half-naked men making scary sounds while lifting large iron objects. Or, something plugged into a wall. Or, somebody wearing a bodysuit. 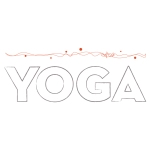 Vinyasa. What language is that?

I think I’d really rather call my yoga class, “Energy yoga”. Chi yoga? I teach in the style that is called Vinyasa. This style often is marketed as “flow” or “power” yoga, due to its near-constant motion and the repetition of poses that create muscle-endurance challenges by engaging one or more large muscle groups. Energy is transferred; sweat appears.

Because of this, sometimes I feel that it would almost be better to avoid the term “yoga” altogether, though perhaps the popularity of Hot Yoga has changed the take-it-easy reputation that yoga used to maintain. And yet not using “yoga” seems traitorous to something that I find very meaningful, even if I don’t speak to that aspect of it much, in my classes.

The closest alternate (and real) word I can come up with is “dance,” and that opens up an additional box of confusion and prejudices. Many people fear dance, due to childhood/adolescent experiences and/or a perceived lack of personal rhythm or style. Zumba got around this by renaming a latin/hip-hop class “Zumba.” At least with “yoga,” it’s vague or unfamiliar enough that curiosity wins and gets some people to a class.

This business of marketing fitness and health, at least on this optional, proactive end of the decision-making tree, has proven to be my biggest challenge, with my yoga-teaching endeavor. What can I do, to persuade people to come to my classes, in addition to preparing a good class?

How much of it is language and persuasion of other kinds? I struggle with finding an image to use, when promoting my classes, mainly on the internet. I don’t have photos of myself doing yoga, but I fear that they might distract potential students from seeing themselves in the class, and in motion. So far I’ve settled on abstract forms that seem to embody the energy in the class, such as a yin-yang circle or a dynamic, wiggly line punctuated with a staccato dot, here and there. Or, just a photo of my face.

Then, how much of it is just vying for a slot of rare time in people’s days? Summer in Minnesota can be especially difficult: there is just so much to do, every darn night of every week until September. Festivals, theater, music, sports, nature, sunshine, buying and preparing fresh food from farmer’s market, gathering with friends or family, gardening, getting work done on the house. There’s no where to fit it in – but for that very reason, it’s vital to just sit still, then move the body in a very controlled, balanced way for a while, then sit still again, and relax. Just a few times a month or week.

So, if I can convince people to spend time on their well-being, with an hour of yoga, can I persuade them to spend the money (on my for-fee classes)? Sometimes, when trying to get people to show up, it’s more effective to have them pre-pay. It certainly gets me to a yoga class I attend. Those pre-pay situations usually have an expire date, which forces you to use them sooner rather than later. And, they can help bring perceived value to the yoga class.

In this life, western and capitalist, it can be very difficult to justify spending money and time on something that seems decadent and/or doesn’t offer quick perceived results. As yoga is something we do, rather than have done to us,

But really, isn’t the last 5-10 minutes of a yoga class, worth the price of admission, most of the time? Sweet, delicious, sometimes sweaty, peace.