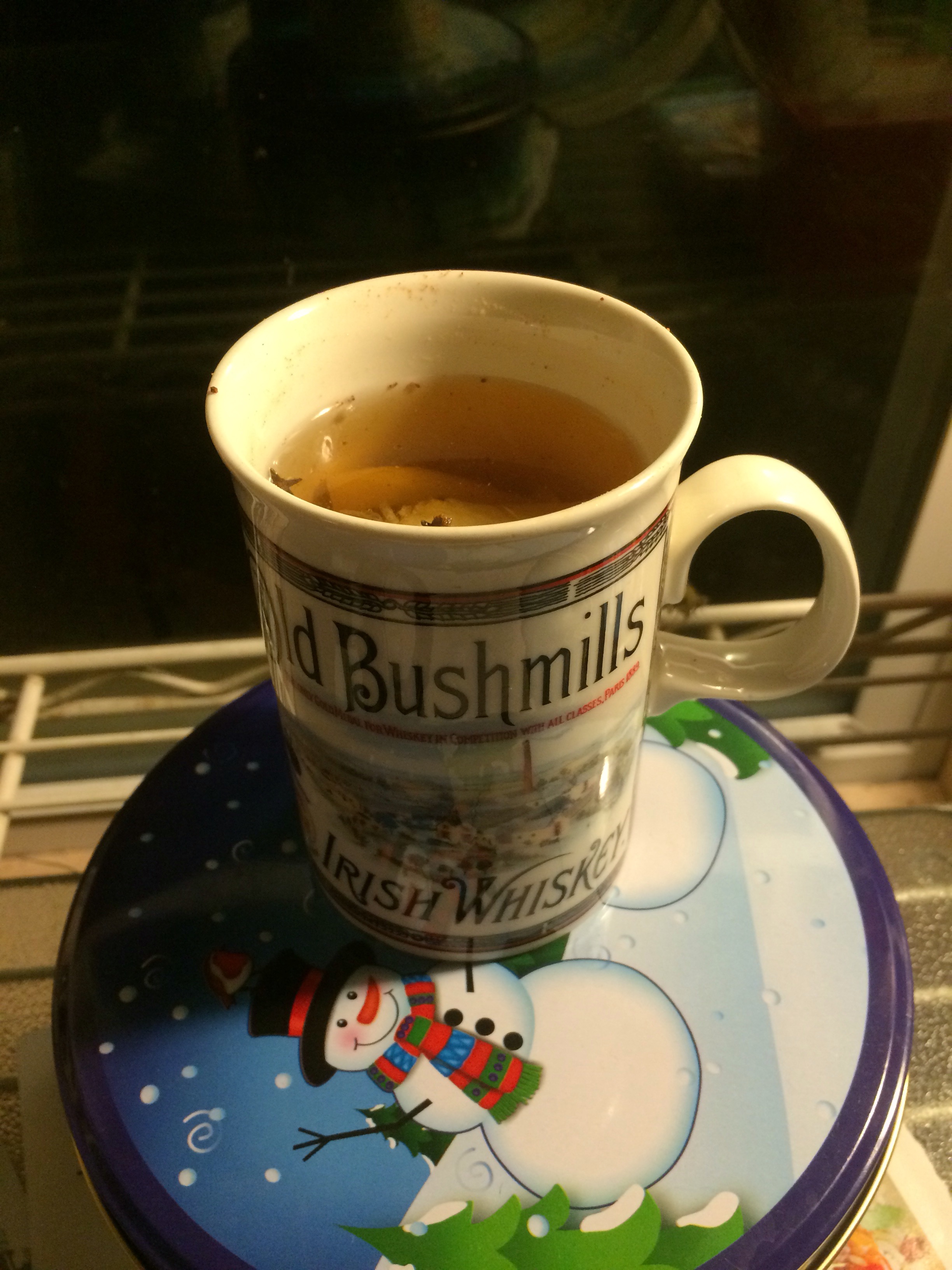 “As a cure for the cold, take your toddy to bed, put one bowler hat at the foot, and drink until you see two.” -Sir Robert Bruce Lockhart

On this week of Christmas, my most favorite things are a warm house with a pot of water boiling to keep humidity up and a job flexible enough to allow me to work from home when I have a cough that it best shared only within the confines of my house.

Past that, though, I’m also digging a few other things, these past few weeks:

A movie that makes me laugh

The Melissa McCarthy movie “Spy“, which I watched when I stayed home last Friday and didn’t even try to work. I realized that while I do watch some comedy shows on Netflix, few of them actually make me laugh. Most make me smirk or cringe (the League and Master of None, for example), which is great for the brain and for disengaging with whatever else has thrown me out of balance lately. However, laughter, belly laughter, is very healing and while some of my friends and my husband do make me laugh, maybe some of my entertainment choices should do so, too. I think the laughter may have helped me downgrade this head cold a bit, more than all the cough medicines, added sleep and stress reduction of opting out of driving to work for most of the week.

Excellent beer made in Minnesota

Blacklist Brewing’s Cocoa Hefe: husband just poured me a pilsner glass of it and it is lovely and reminds me that I’m really disappointed that Glockenspiel, our favorite nearby German pub closed recently. They poured a lovely Franzikaner Dunkelweiss. While we’re on the topic of deep-tinted and lovely beers, I recently had another serving of Surly’s Darkness and it is still perfection in a snifter. Yum and thank you, Julie for buying my beer on Tuesday evening.

A terrific book that I just finished: Lucia Berlin’s “A Manual for Cleaning Women”. It’s a collection of short stories that is so crisp, real and rough. Such a talent; I can’t imagine what it would have been like to have her as a writing instructor in college.

My yoga teacher, Paul Busch a little over a week ago in class invited students to opt for a less strenuous breath technique or pose if they had a cold, three times in the class. I’d had my cold for 5 days already and I opted in the restorative direction for the first and third instances.

Why did he do this, and what did I learn? He does this pretty regularly. My theory, on the more obvious level: the option offers an alternative to anyone who whose sinuses or any other part of the body may be in a condition in which the upcoming poses will be difficult. It was certainly true in the first instance: some kapalbhati kriya practice. (Here’s a video demonstration of it, if you aren’t familiar with it). A runny nose makes this practice both a messy and unsuccessful affair. The “easier option” angle was also true in the third instance: maybe ten minutes of Sun Salutation A repeats. The multiple rounds of inversions to standing poses is a nightmare if your sinuses are full of goo.

For the second instance/opportunity, however, it wasn’t as clear that the option was the easier or more comfortable route: 25 minutes or so of standing poses, mostly lunges: warrior 2, 1, 3, triangle, side angle, and half-moon … so for me, triumphant, energizing poses that use primarily big muscles. I opted to do them as I was a little chilled and hadn’t gotten a whole lot of exercise that week. I felt pretty strong in the practice but later felt a tiny bit nauseated. Maybe the nausea was related to my cold: a cold is systematic and not as isolated to one part of the body as it feels.

However… perhaps the twinge in the belly was completely unrelated to the situation, but was nevertheless a perfectly-timed pause for a person who hadn’t yet fully kicked a head cold: take it easy. Take it easy on this body, and also take it easy in your mind. It is not always the most advantageous choice for your health, to take the more challenging option. If you take the easier option, maybe you’ll see something new. And on the way there, you’ll give your body a few minutes more of rest which may allow it to get better. As mentioned above, on the third opportunity I opted for the more restorative pose. It was vipara takarani: waterfall, or legs-up-the-wall pose. I found it a great opportunity to listen to and examine the Vedic chant that Paul sang as they repeated the Sun Salutation flow, over and over again. I’ve been re-reading my “The Yoga of Sound” book and have been trying to uncrack the mysteries of various forms of vocal music used in some yoga classes.

Of course, my cold dragged on past that Saturday and now we’re on day 19, but I’m feeling mostly out of the thickness of it. Today I have just an annoying cough and a headache when I awaken so: insight from yoga practice, accepted. 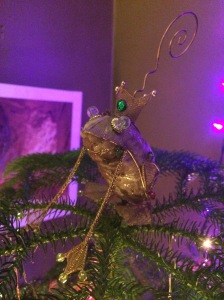 Another item of keen timing for introspection, lately: Our Christmas tree. We don’t often set one up as we are either traveling for the holidays or we have no room for a tree big enough to hold much in the way of ornaments. This year, our live Norfolk pine, which spends summers getting enormous out on our shaded porch, can now handle a variety of ornaments, and we set it up with lights and baubles from both of our our families and pre-married lives, a few weeks ago. It was a strangely meditative and love-filled hour or so, which I didn’t expect at all. It’s been really heartwarming to gaze upon, and especially often lately, as I’ve opted to stay home with this cold on several days, lately.

Working from home, or just spending the evenings at home lately has given me opportunity to listen to music a lot more than my busy outdoor-focused spring and summer did. Some music I’ve discovered this year that is particularly good includes the following (the links are to iTunes):

On our road trip in July we visited three of them: Great Basin, Lava Beds, and Theodore Roosevelt. They were fantastic, especially in busy summer and in spite of incredible heat at Lava Beds (the lava beds were underground and cold). We opted to buy the yearly pass, which we’ll hopefully be able to use when we head to Glacier in July 2016.